A new poll from YouGov found half of registered voters said that Trump’s tweet recommending the progressive squad “go back and help fix the totally broken and crime infested places from which they came” was either “great, good or okay.”

The margin of error is plus or minus 3.3 percent according to their own weighting. Realistically, it’s probably at least double that considering the media-manufactured social pressure to disagree with his statement.

According to a YouGov poll, a majority of Hispanics approve of the Trump’s tweet about progressive squad pic.twitter.com/PtVgcwYeCJ

Support for U.S. President Donald Trump increased slightly among Republicans after he lashed out on Twitter over the weekend in a racially charged attack on four minority Democratic congresswomen, a Reuters/Ipsos public opinion poll shows.

The national survey, conducted on Monday and Tuesday after Trump told the lawmakers they should “go back and help fix the totally broken and crime infested places from which they came,” showed his net approval among members of his Republican Party rose by 5 percentage points to 72%, compared with a similar poll that ran last week.

Trump’s overall approval remained unchanged over the past week. According to the poll, 41% of the U.S. public said they approved of his performance in office, while 55% disapproved.

Though Trump hasn’t managed to do much on the policy front and immigration levels are higher than ever, there’s no question he’s dramatically shifted the Overton window.

So interesting to see “Progressive” Democrat Congresswomen, who originally came from countries whose governments are a complete and total catastrophe, the worst, most corrupt and inept anywhere in the world (if they even have a functioning government at all), now loudly……

….it is done. These places need your help badly, you can’t leave fast enough. I’m sure that Nancy Pelosi would be very happy to quickly work out free travel arrangements! 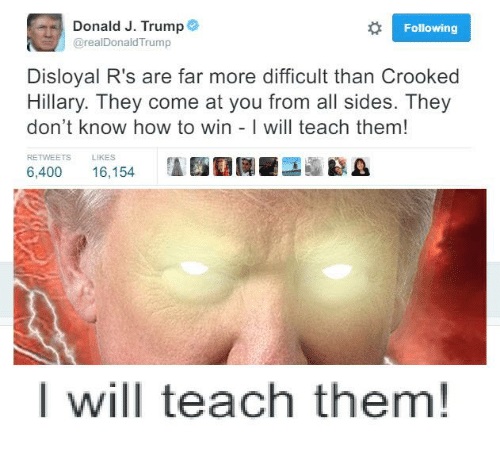 Nearly all the Republicans in the House (except four) on Tuesday even voted against Nancy Pelosi’s resolution to condemn Trump’s “racist” tweets.

Those Tweets were NOT Racist. I don’t have a Racist bone in my body! The so-called vote to be taken is a Democrat con game. Republicans should not show “weakness” and fall into their trap. This should be a vote on the filthy language, statements and lies told by the Democrat…..

…..Congresswomen, who I truly believe, based on their actions, hate our Country. Get a list of the HORRIBLE things they have said. Omar is polling at 8%, Cortez at 21%. Nancy Pelosi tried to push them away, but now they are forever wedded to the Democrat Party. See you in 2020!